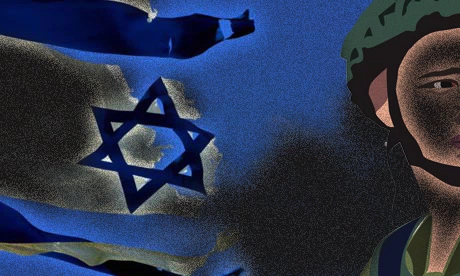 It's What We Do: A Play about the Occupation

On Stage in DC, On Video World-Wide

We are thrilled to announce the release of the video production of It's What We Do: A Play About the Occupation! The video is now available for free online and on DVD. After twice performing in the Capital Fringe Festival and winning Best Drama – Fringe Audience Awards in both 2015 and 2017, we are excited to take the play to audiences worldwide.

Watch the trailer or the full video now and share with your friends! Want to help spread the word? The video is designed for use as an educational and organizing tool. We have event kits, which include a DVD, discussion guide, and promotional materials, available if you or any organizations you know would like to host a screening in your area.

"IWWD" brings to life the voices of soldiers from the Israeli organization Breaking the Silence. They share their memories of service in the Occupied Palestinian Territories, including their role in maintaining the segregated structure of the Occupation and disrupting Palestinian lives. Scenes from the Occupation are enacted and the soldiers reflect on their participation and the moral issues it has raised.

Director/Writer Pamela Nice is an award-winning independent filmmaker and theater director in Washington, DC. She is the recipient of three Fulbright grants, including one to Morocco to teach theatre of the oppressed techniques at the National Theatre Institute (ISADAC). She writes and directs multimedia dance/theatre/film productions. Other funding sources include the National Endowment for the Arts, Minnesota State Arts and Metropolitan Regional Grants, and Jerome Fellowships. She has lived in Morocco and Egypt, and has taught Arab film and literature at the University of St. Thomas in St. Paul, MN.

WIAMEP is part of DC Riders for Peace, a local coalition of organizations which brought this ad to Metro:

To make a contribution to this and future ad campaigns, please click HERE.

2010 - As an interfaith organization, WIAMEP endorses the Kairos Palestine document. This prayerfull call for an end to Israeli occupation of Palestinian territories, and for an agreement that will guarantee security and peace for all, was issued on December 11, 2009, by a group Palestinian Christians representing a variety of churches and related organizations. An introduction may be found here. We welcome similar calls from Jewish, Muslim and interfaith sources.

WIAMEP is considering how to promote effective non-violent action (economic measures) to pressure Israel to change its unjust treatment of Palestinians. We approved a statement on Economic Measures in 2008. Here are remarks by WIAMEP member Mai Abdul Rahman on March 22, 2010; and Article on BDS by Mai Abdul Rahman and David Schwartzman (Feb. 9, 2011).

Read our letter (pdf) to delegates at the UMC General Conference in April as they consider proposals to promote just policies through selective divestment. United Methodist volunteers have put up a web site to explain the concept of divestment from companies that sustain the Israeli occupation of Palestinian land.